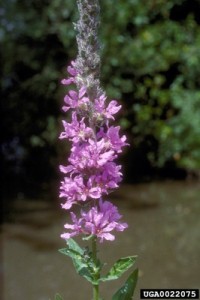 Figure 1. Purple loosestrife is easily recognized in the summer and early fall by its showy spike of purple flowers. Photo by Eric Coombs, Oregon Department of Agriculture, courtesy of forestryimages.org

Purple Loosestrife is a tall, perennial forb that can grow up to 10 feet in height. It is easily distinguished by the abundant, showy spikes of purple flowers that occur at the tops of the plants (Swearingen et al. 2002) (Fig. 1). Flowering occurs from summer into early fall. The opposite or whorled leaves are dark-green and lance-shaped with heart-shaped bases. The stems are semi-woody, somewhat four-sided, and slightly hairy. Plants often have many stems arising from the same rootstock. Purple loosestrife is a serious invader of many types of wetlands in the southern Appalachians, including wet meadows, river and streambanks, lake shores, and ditches (Swearingen et al. 2002). It can quickly form dense stands that displace native vegetation. It is found sporadically throughout the southern Appalachians and is found in 47 of the 48 continental states. Purple loosestrife can spread very rapidly due to its prolific seed production; one plant can produce as many as 2-3 million seeds per year (Fig. 2). The seeds are readily dispersed by wind and water. Purple loosestrife is native to Europe and Asia. It was first introduced into America in the early 1800s for ornamental and medicinal purposes. It has also been used as a nectar plant for bee-keeping. Until recently purple loosestrife was still being widely sold in nurseries. Some states now prohibit the sale and distribution of this plant. 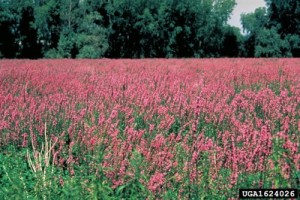 Figure 2. Purple loosestrife can invade a variety of wetland types. It spreads quickly and, once established, is hard to eradicate. Photo by Randy Westbrook, U.S. Geological Survey, courtesy of forestryimages.org. 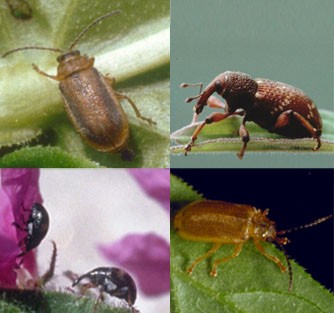 All of the four species have established viable populations in the United States. In some local infestations, the biomass of purple loosestrife was reduced by as much as 95%.