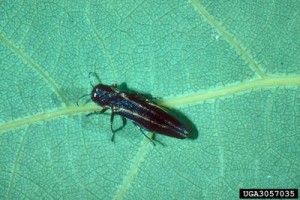 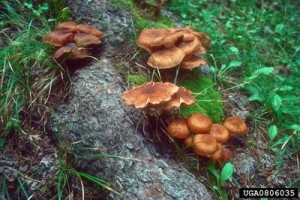 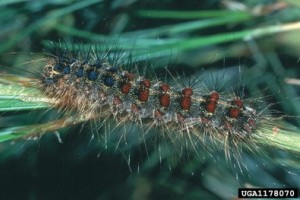 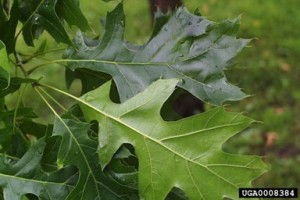 Figure 5. Outbreaks of oak decline have been most severe in black oak and scarlet oak species. Photo by Paul Wray, Iowa State University, courtesy of forestryimages.org.

Symptoms of oak decline have been described in the eastern United States since the late 1800s (Oak 1994). Oak decline has become more prevalent since the 1950s, likely because of the shift in dominance to oaks during the early 1900s and severe droughts during the 1950s (SAMAB 1996). Another increase in the incidence and severity occurred in the early 1980s. Oak decline has been reported throughout the entire range of the oak dominated eastern hardwood forest. Within the southern Appalachians oak decline has been more prevalent on public lands than in private lands. North Carolina and Virginia have had the highest incidences of oak decline within the southern Appalachians (SAMAB 1996).

Oak decline leads to a reduction of radial growth and dieback of the canopy, leading to tree mortality. Older, mature trees are most likely to be affected by oak decline. The most easily recognized symptom of oak decline is the progressive dieback of the tree crowns starting from the outside of the crown and working inward. As the disease progresses, larger branches are killed. Branches having various states of decay, indicate death over time instead of in one event, help diagnose this disease (Oak 1994). Other symptoms may include:

Areas with new infestations of gypsy moth will show some of the most severe impacts due to oak decline. The defoliation caused by gypsy moth caterpillar feeding greatly increases tree susceptibility to oak decline.

Oak will not be eliminated from the southern Appalachians due to oak decline but they will decrease in numbers and overstory dominance. Oak decline is a natural part of the ecosystem and positive and negative impacts will result from oak decline occurrences (SAMAB 1996).